“Royal Secret Inspector Joy” is a new historical comedy drama starring 2PM’s Taecyeon as Ra Yi Eon, a young gourmand who is appointed a royal secret inspector (a government official who travels undercover to local provinces to inspect them and uncover corruption) against his will. Kim Hye Yoon will star as Kim Jo Yi, a divorced woman searching for happiness who winds up joining forces with him to investigate and battle corruption.

In the newly released poster, the two characters are looking up at the sky with big smiles on their faces. They are holding each other as if they’re dancing, and they are surrounded by performing troops. Ra Yi Eon and Kim Jo Yi have their fingers to their lips, referring to the caption, “An investigation show that will shake the whole country.” 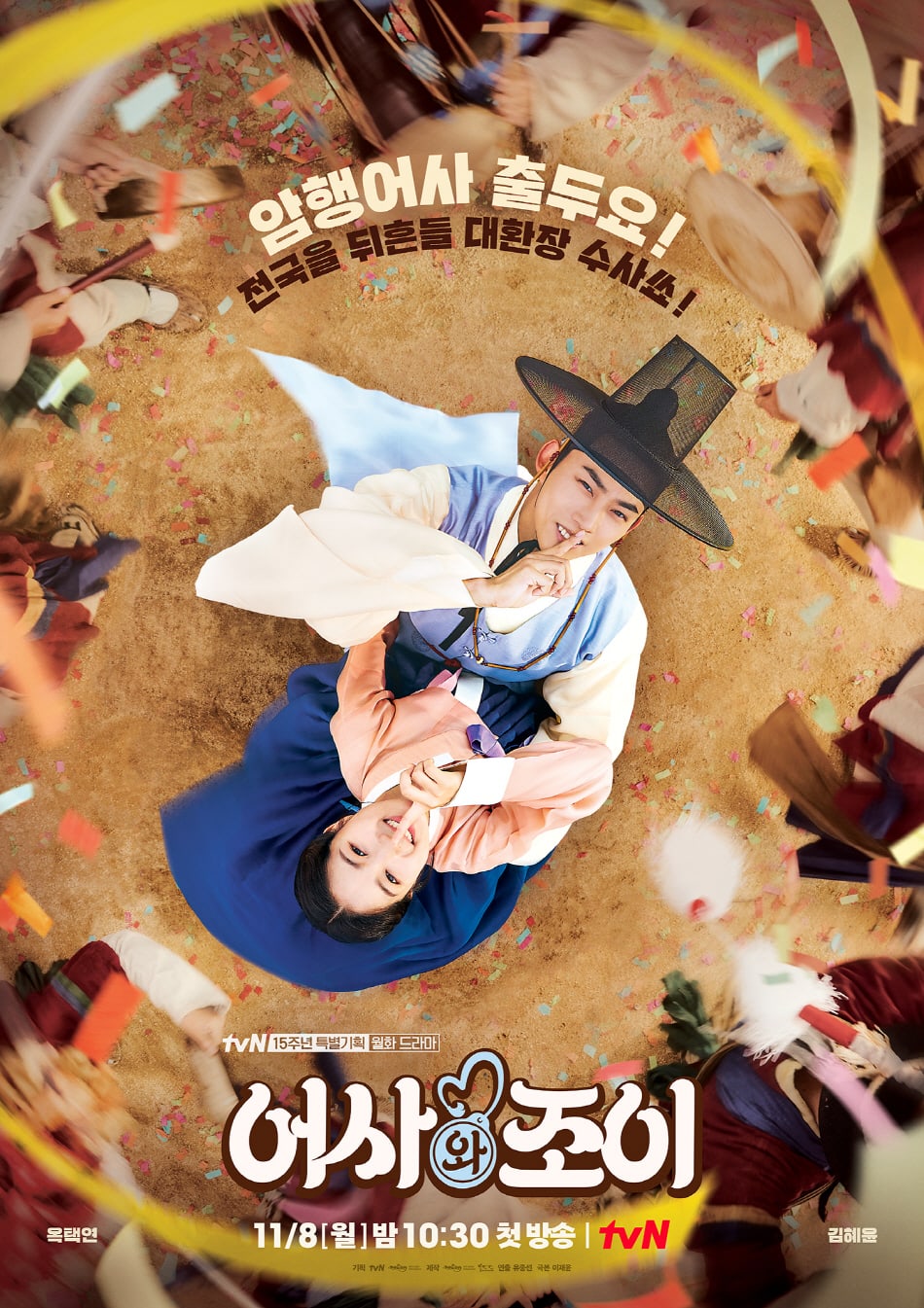 The drama’s producers hinted, “The synergy of Taecyeon and Kim Hye Yoon, who add refreshing laughter and abundant excitement, is beyond expectations. Please look forward to their transformation as they create a special relationship between the irreplaceable Ra Yi Eon and Kim Jo Yi.”

“Royal Secret Inspector Joy” premieres on November 8 at 10:30 p.m. KST and will be available with subtitles on Dramacool.