BTS made their return to the stage on October 24 with their online concert, Permission to Dance on Stage, at Seoul’s Olympic Stadium, where the seven members of the K-pop band performed some of their biggest hits as well as numerous fan favourites.

The event kicked off with 2020’s On and ended with this year’s Permission to Dance, beaming high energy and excitement straight to the homes of their fans, known collectively as Army, across the world.

As well as newer material such as this year’s likely Grammy nomination Butter, tracks from 2020’s Be album, and stalwart concert mainstays like So What and Fire, BTS also performed some of their older hits. 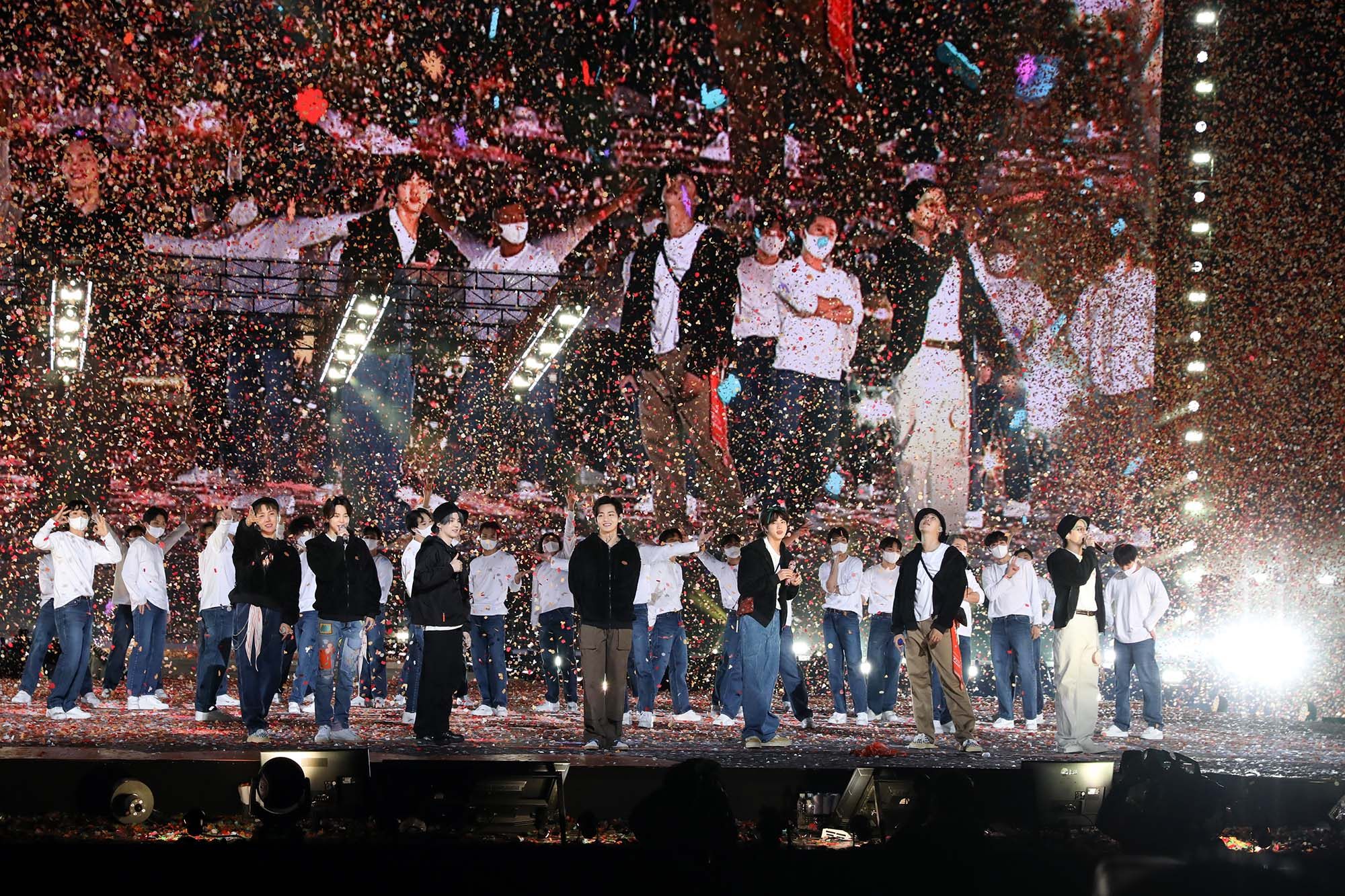 BTS performing at their Permission to Dance on Stage Concert. Photo: Bighit Music

Ample love was also given to fan favourite B-sides, with 2018’s Airplane Pt. 2, 2015’s Silver Spoon and 2020’s Dis-ease, along with other singles and B-sides, performed throughout the night. The 24-song set also incorporated remixes of songs like 2020’s Dynamite and 2019’s Boy with Luv.

BTS continuously upped the visual stakes throughout the show, right from the opening that saw the members breaking out of jail and taking to the stage in ’90s-esque white outfits and sunglasses to perform On. The highlight of the choreography came halfway through in a dazzling feather-filled Black Swan performance. 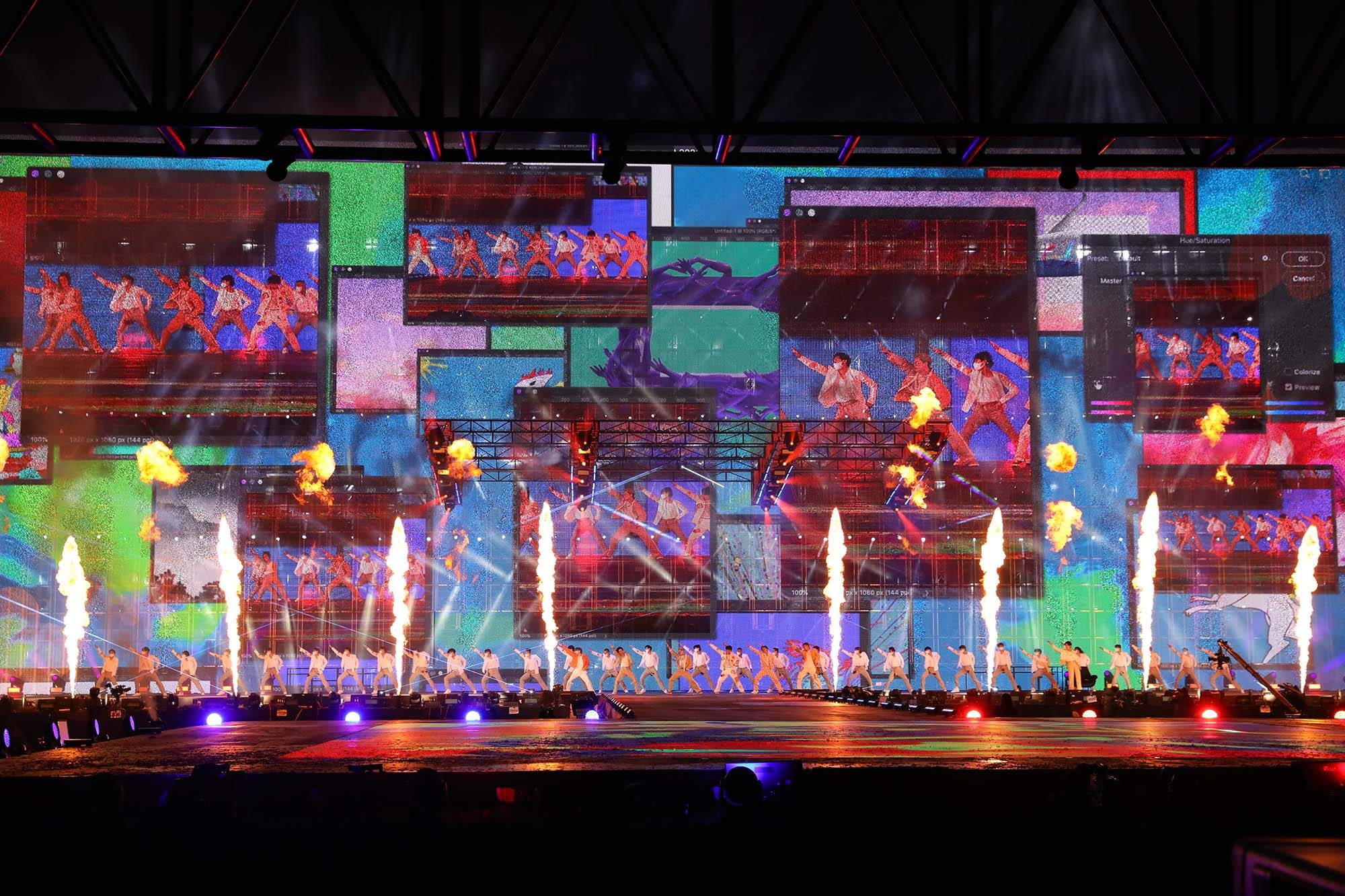 Some of the more festive moments saw the members sing Boy with Luv on a giant yellow sofa, and the night ended with Jin wearing a green ribbon in his hair during the finale performance, as if posing as a gift for the Army.

The show precedes Permission to Dance on Stage – LA, a four-day concert series that will (Covid-19 allowing) see BTS hold their first concerts with in-person audiences since the start of the pandemic. The hitmakers will perform at Inglewood’s SoFi Stadium in Los Angeles, in the US, for four nights: November 27-28 and December 1-2. 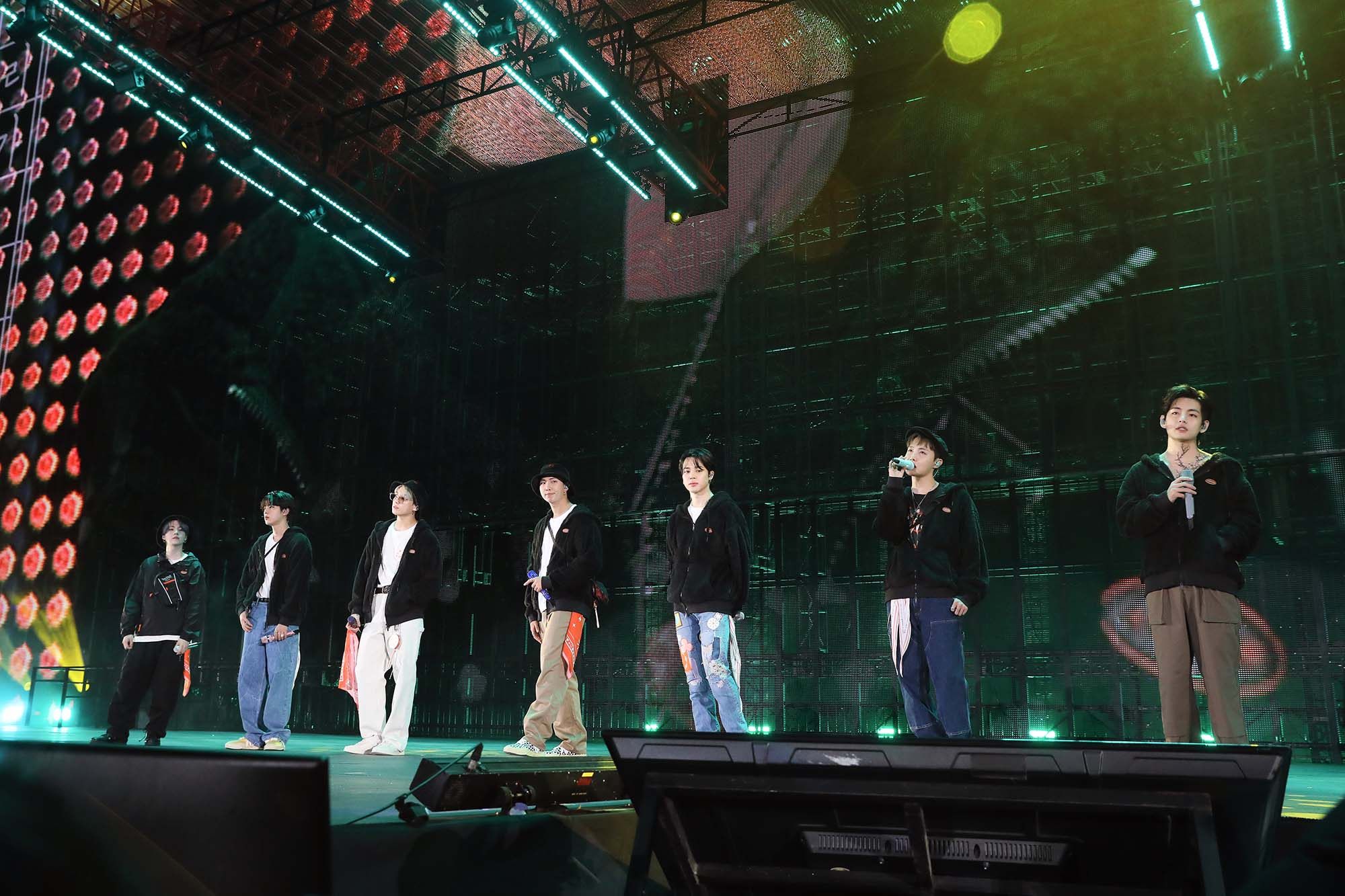 On the night, the members spoke frankly about how eager they are to be with their fans again. Photo: Bighit Music

On the night, the members spoke frankly about how eager they are to be with their fans again, and – though they gave Permission to Dance on Stage their all – the night came off a bit like a rehearsal ahead of their upcoming concert dates.

Member V not dancing due to a leg injury (and looking like a boss while doing so), plus the chill in Seoul that some members admitted made it harder than usual to perform, added to this feeling of readying themselves for the next big thing.

Still, though there was restraint, there was also the promise of what’s to come for BTS, whether that’s the return to live concerts with fans or new music. BTS have frequently mentioned they’re working on a new album and, after their musical journey down memory lane throughout Permission to Dance on Stage, they have hinted again to more.