The highly-anticipated sequel to the hit film “The Pirates” has shared a fun glimpse behind the scenes of filming!

“The Pirates: Goblin Flag,” the long-awaited sequel to the 2014 movie “The Pirates,” is a period action-adventure comedy about a group of fortune-seekers who take to the high seas searching for lost treasure.

Kang Ha Neul will star in the film as Woo Moo Chi, a bandit leader who claims to be the top swordsman in Goryeo, while Han Hyo Joo will star as the tough pirate captain and ship owner Hae Rang. Lee Kwang Soo will play Mak Yi, who dreams of becoming a pirate king; EXO’s Sehun will play Han Goong, a talented archer; Chae Soo Bin will play Hae Geum, a natural-born con artist; and Kwon Sang Woo will play villain Boo Heung Soo, a rebel who also sets his sights on the lost treasure.

Newly released behind-the-scenes photos capture the lively atmosphere on the movie set, with the stars passionately throwing themselves into filming—even when it takes them underwater. Han Hyo Joo and Kwon Sang Woo exude auras of intensity as they transform into their daring characters, while Kang Ha Neul and Lee Kwang Soo look serious as they discuss their respective scenes with the director.

However, the photos also reveal just how well the actors got along off-camera: in between filming their grueling action scenes, the stars wear bright smiles as they joke around and crack each other up during breaks. 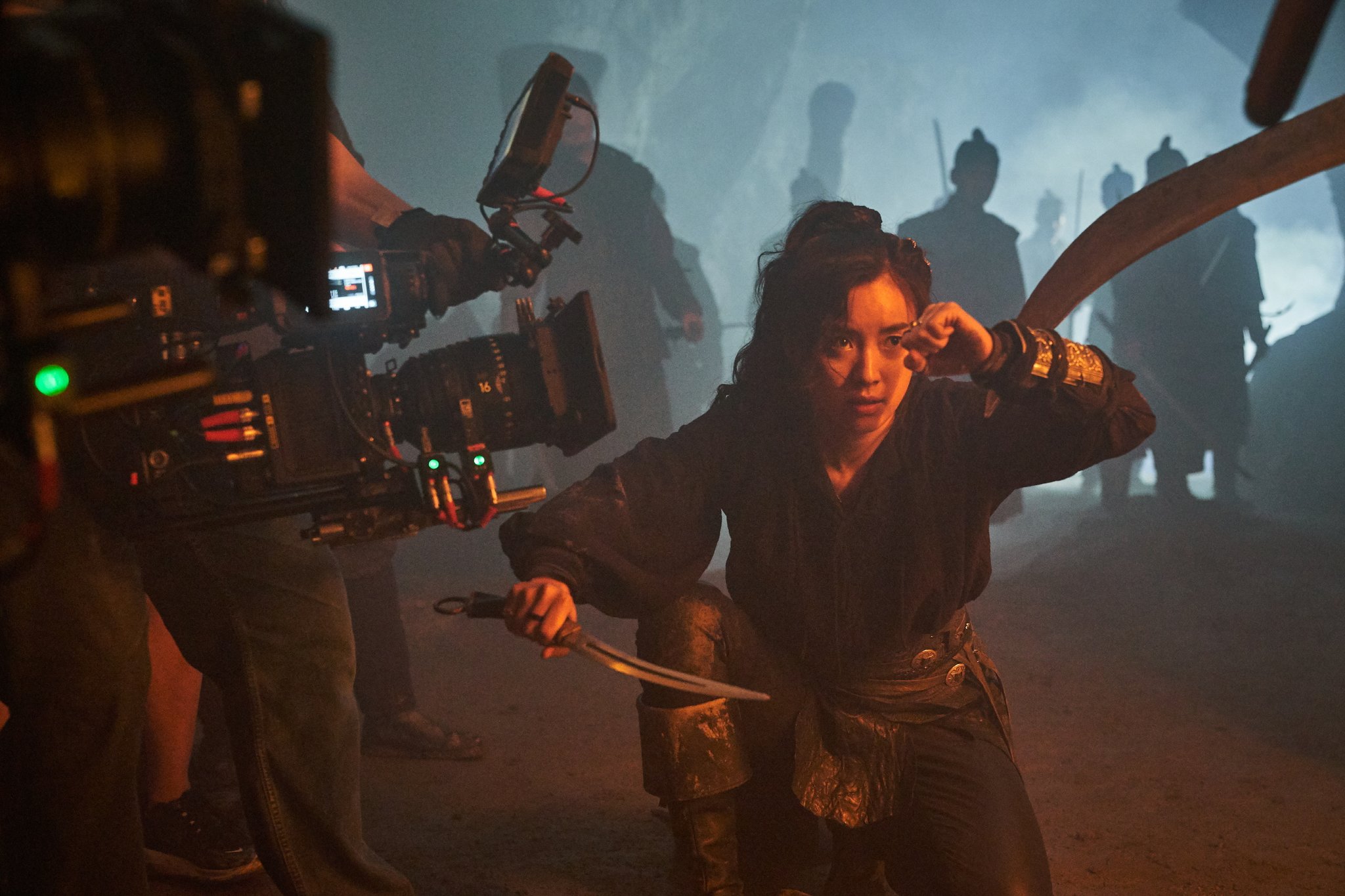 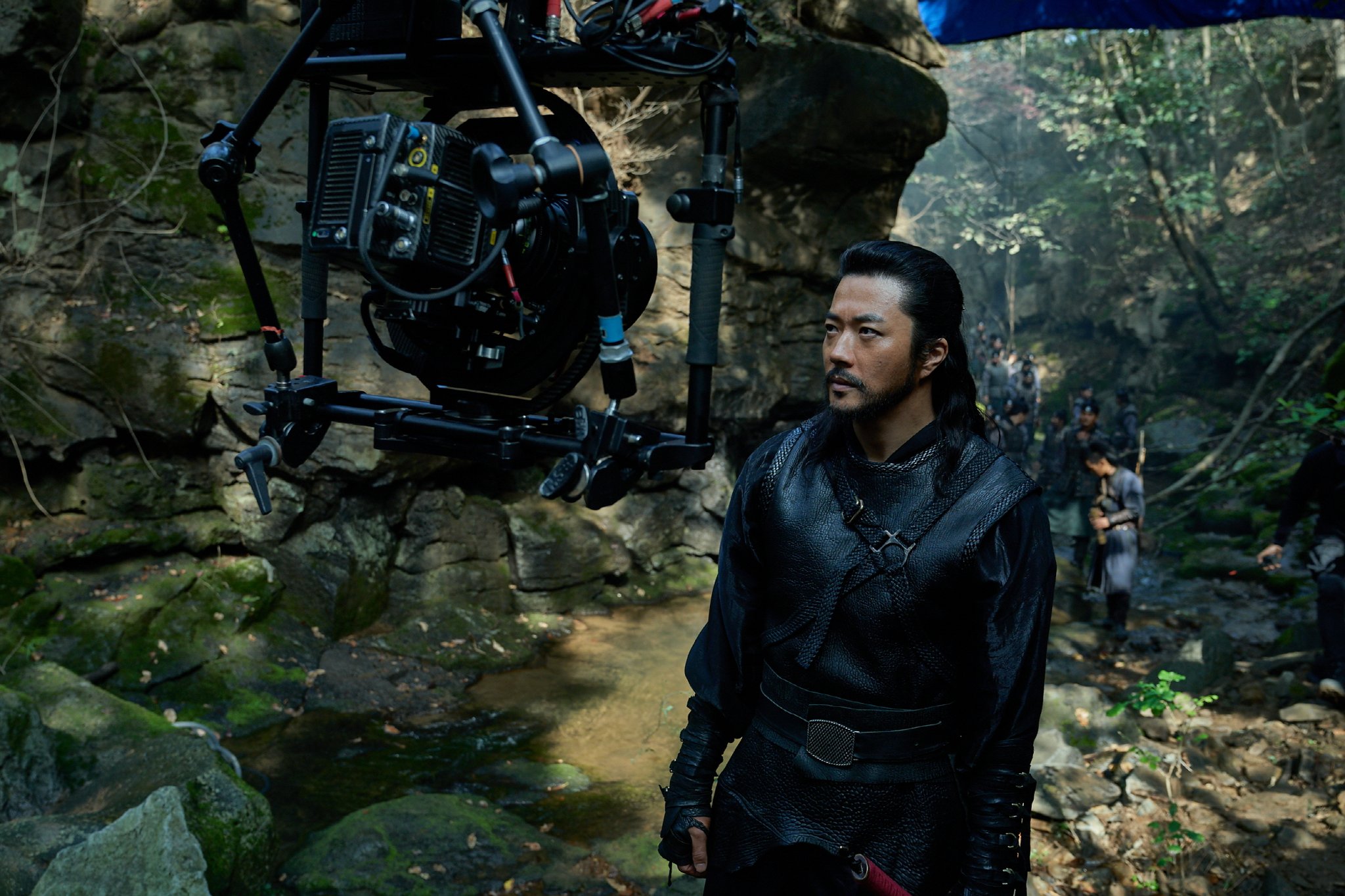 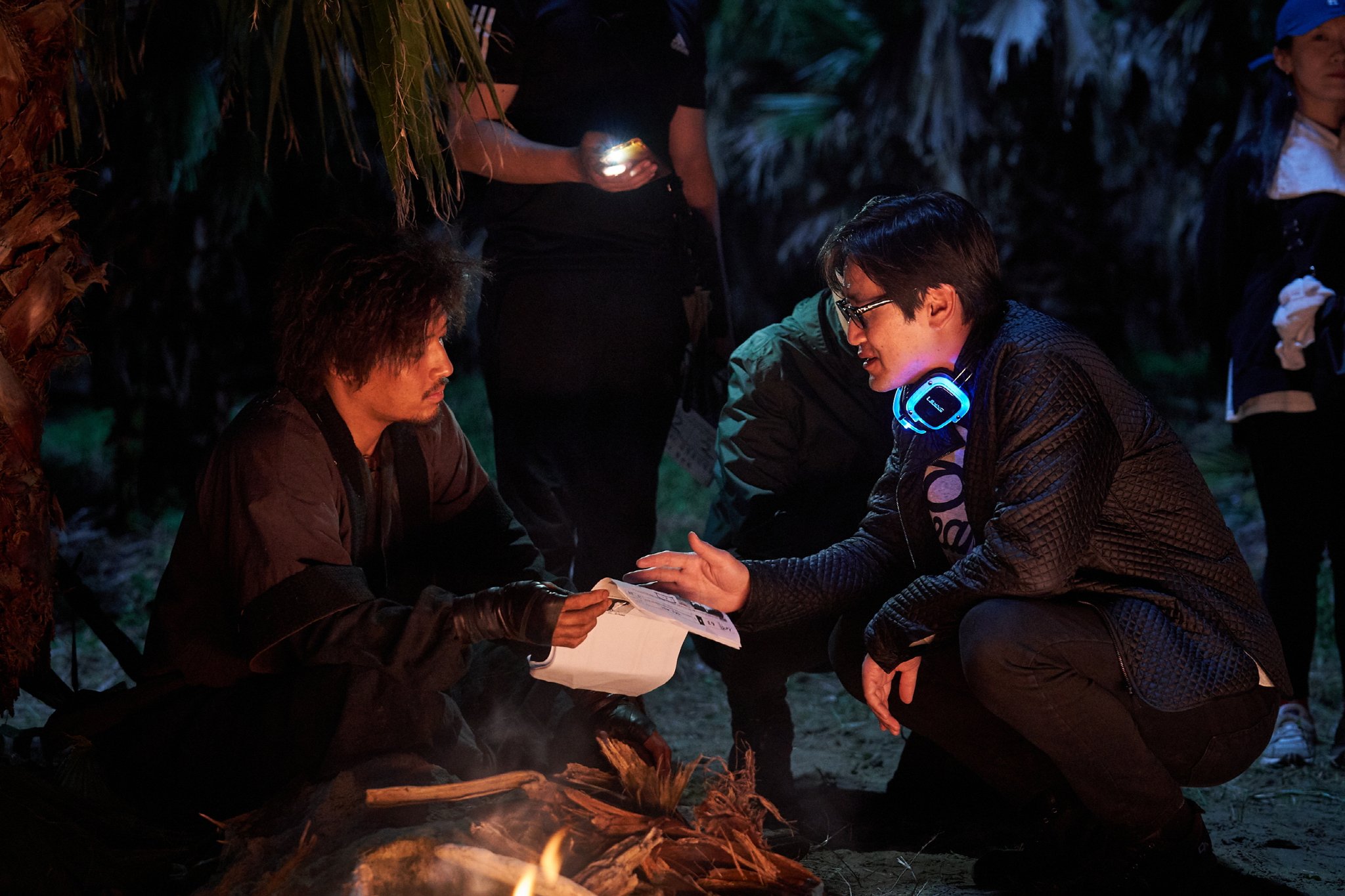 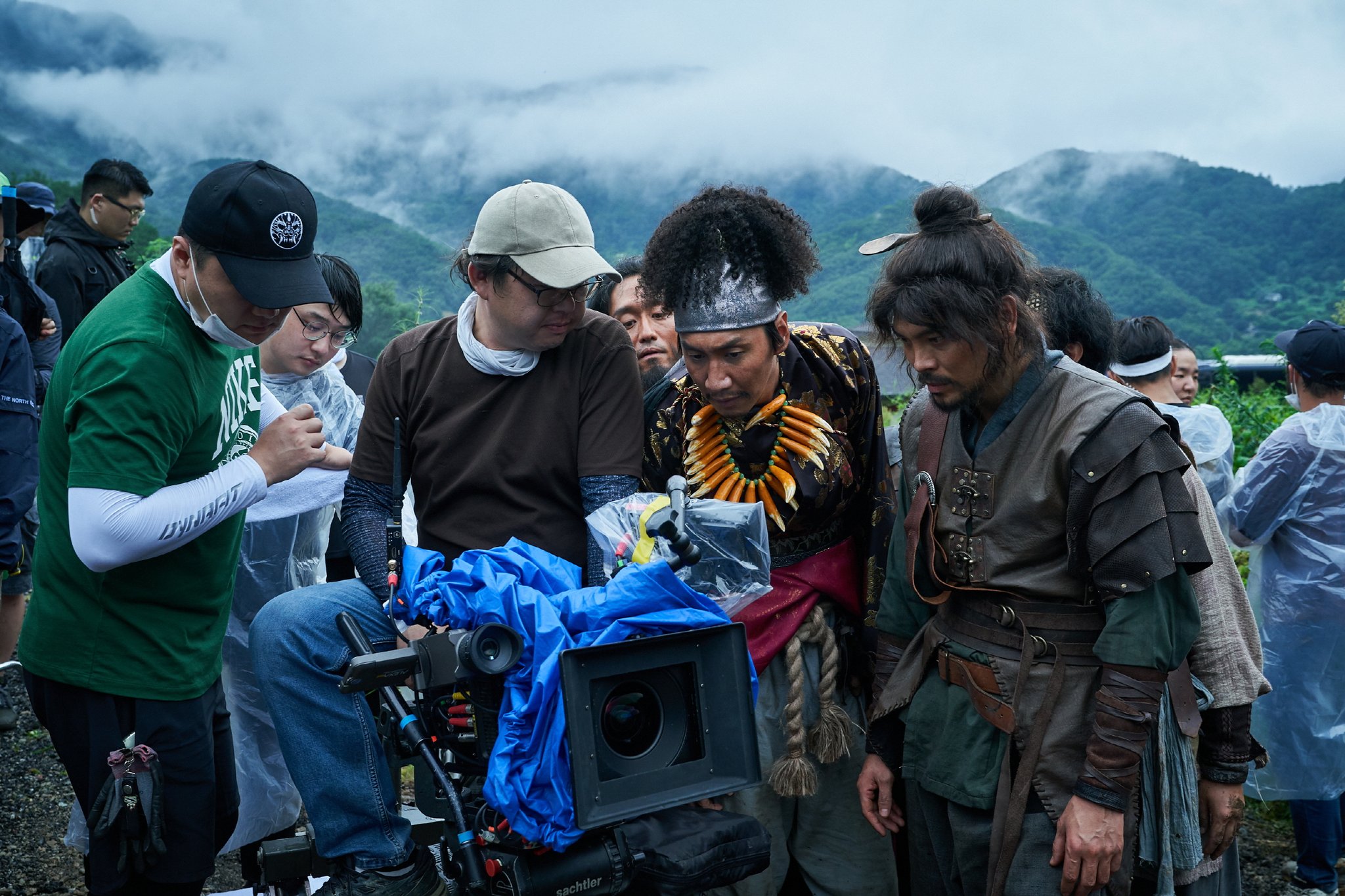 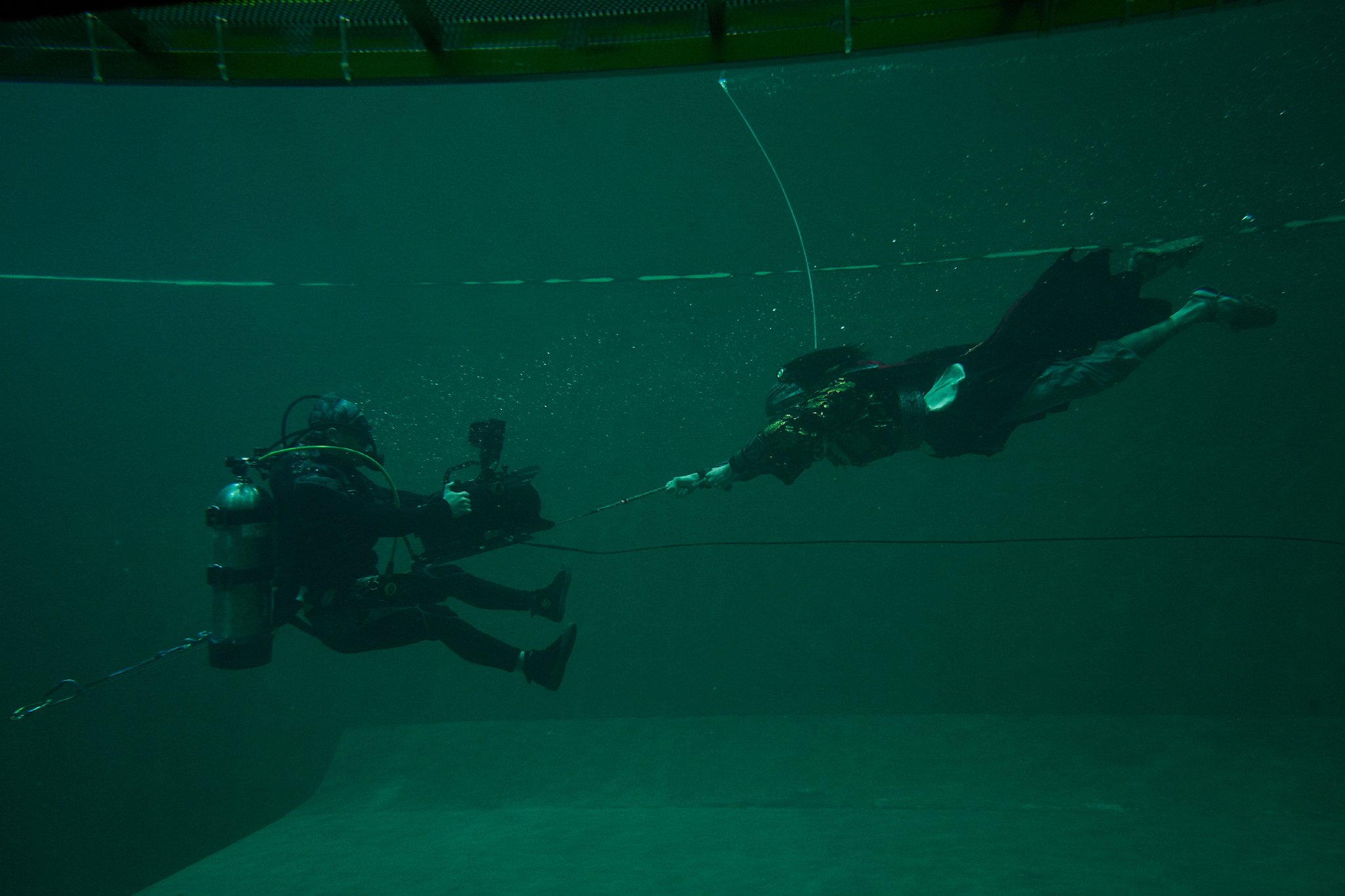 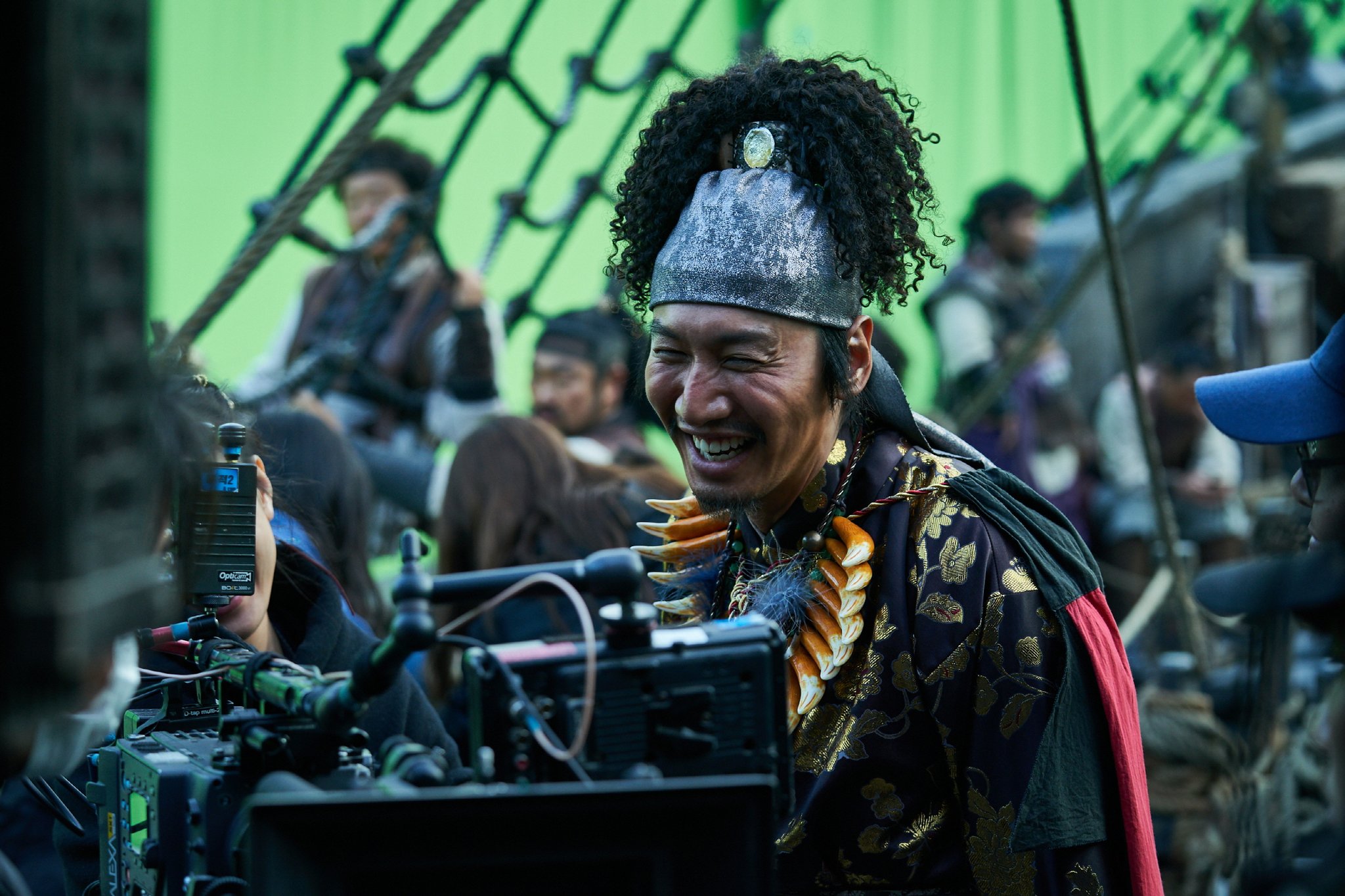 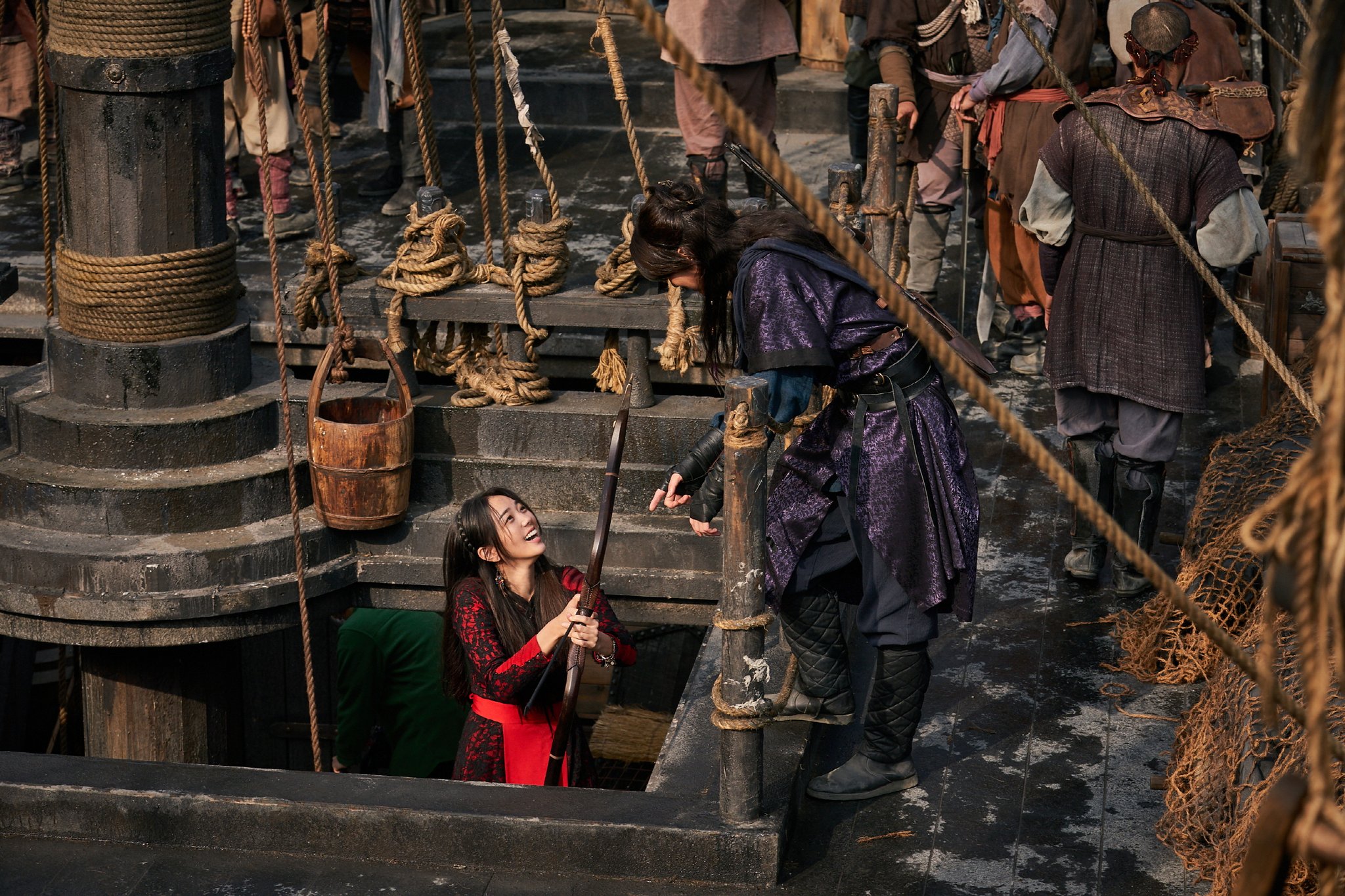 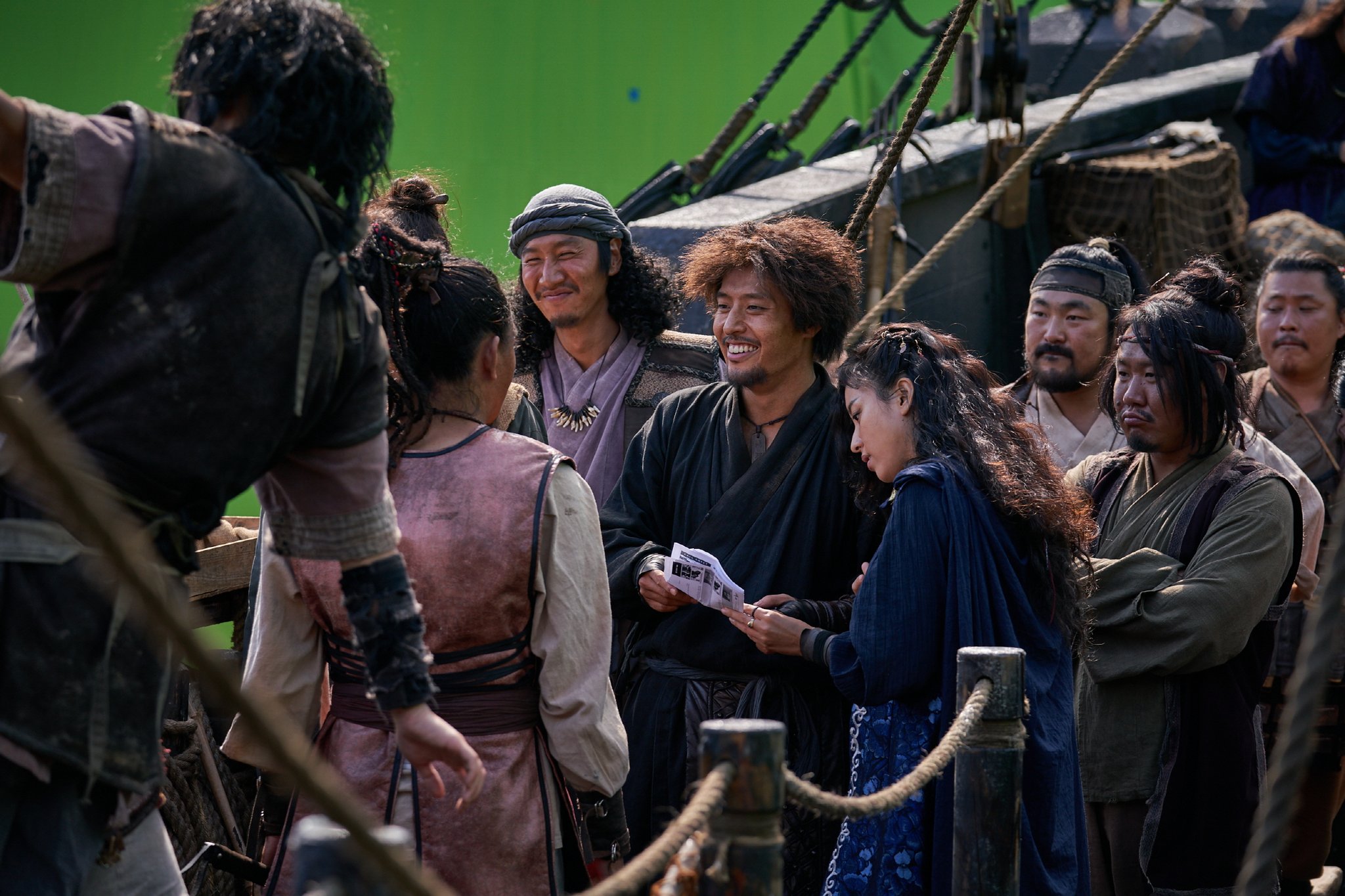 “The Pirates: Goblin Flag” will premiere on January 26.