Kim Go Eun, Ahn Bo Hyun, And “Yumi’s Cells” Director Dish On Their Chemistry & What To Look Forward To

Based on the hit webtoon of the same name, “Yumi’s Cells” is a new drama that tells the story of an ordinary office worker named Yumi—from the point of view of the many brain cells in her head controlling her every thought, feeling, and action. Kim Go Eun will play the titular role of Yumi, an ordinary woman who struggles with expressing her feelings, while Ahn Bo Hyun will star as Goo Woong, a warm-hearted but straightforwardly honest game developer.

On September 14, the producers of “Yumi’s Cells” held an online press conference in which the two stars and director Lee Sang Yeob talked about their experience working on the drama.

Notably, “Yumi’s Cells” will use live action to portray Yumi’s everyday experiences, but animation to depict the brain cells inside her head. “It wasn’t easy to mix live action with 3D animation,” said director Lee Sang Yeob. “It was harder than I’d expected.”

The director went on to explain why he had decided to divide the story up into multiple seasons. “Since the original [webtoon] itself is quite long, I thought it would be difficult to capture everything in one season,” he shared. “Season 1 will introduce Yumi’s cells and focus mainly on her romance with Woong.”

Lee Sang Yeob also expressed confidence in the romantic chemistry between the drama’s two leads, recalling, “Kim Go Eun and Ahn Bo Hyun would smile even if they just looked into each other’s eyes. They really seemed like Yumi and Woong.” 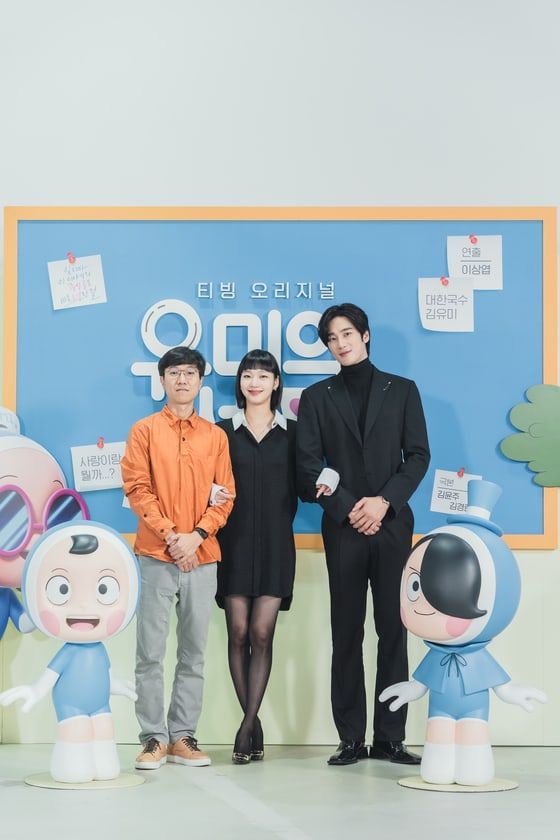 Ahn Bo Hyun remarked, “It’s an honor to be able to work with [Kim Go Eun]. When I first met her, she wasn’t Yumi. Neither of us were fully prepared [in terms of our appearance] at our first script reading, but when we met again on the filming set, she had returned as Yumi. I felt like she had popped right out of the webtoon. She seemed like the real Yumi.”

Kim Go Eun similarly commented that it had been easy to see Ahn Bo Hyun as his character during filming. “I met Ahn Bo Hyun for the first time through this drama, and he had already transformed into Woong,” she said. “Ahn Bo Hyun is simply Woong himself. I really liked that.”

Ahn Bo Hyun also praised his co-star by sharing, “I didn’t know she was so outgoing. I thought she was simply cute, but after meeting her in real life, she turned out to be really outgoing, and she was also really considerate of her co-stars and the atmosphere on set.” 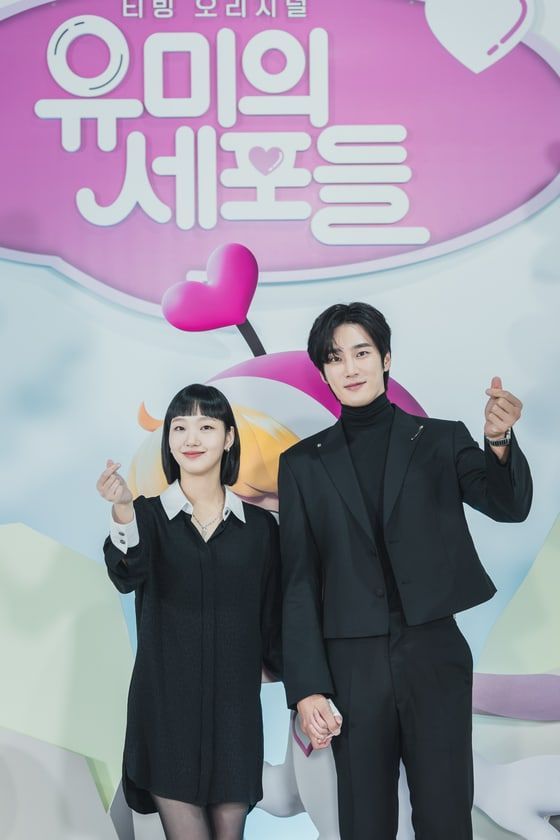 She added, “There were many small elements in the story that I could relate to, and I received a lot of comfort [from the drama] while acting.”

As for why she had decided to take on the role, the actress recalled, “When I was debating whether to appear in the drama, I read the webtoon. It isn’t easy to find a character that is living an ordinary life, and it was also refreshing how Yumi’s cells expressed her countless thoughts instead of her.”

Reflecting on her on-screen romance with Ahn Bo Hyun, Kim Go Eun shared, “My experience acting out romances in previous roles was a huge help. I think I used that experience a lot while filming this drama. It’s a realistic and relatable romance, and what I personally wanted above all else was to portray it in a way that was close to reality. Even though the cells’ dialogue pops out here and there, I repeatedly told the director that I wanted [the romance scenes] to be as close to reality as possible.” 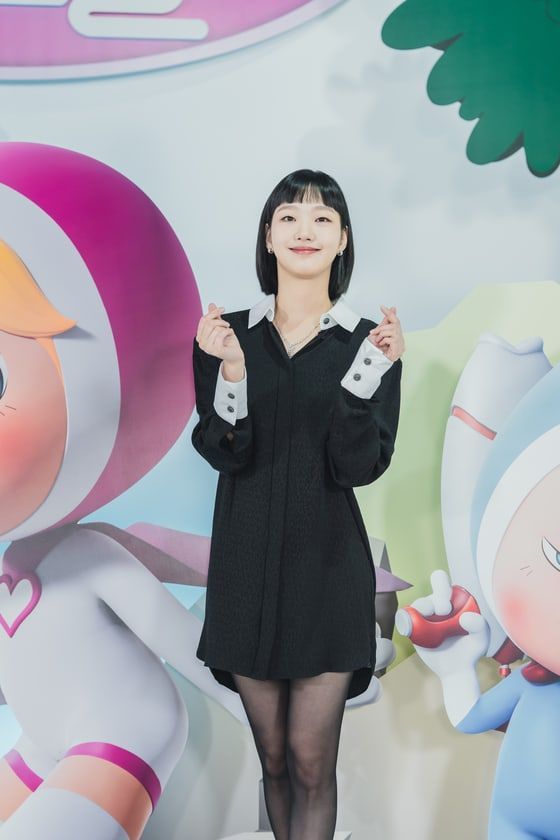 Meanwhile, Ahn Bo Hyun mentioned that he had put a great deal of effort into his physical resemblance with the character from the original webtoon.

“I worked hard to try to make myself look like Goo Woong,” he said. “I felt like I needed to do that in order for viewers who had read the original webtoon to fully immerse themselves in the drama.”

Ahn Bo Hyun also shared that he considers himself quite similar to Goo Woong in terms of personality. “Woong is very detail-oriented and sensitive,” he explained. “He gets pouty easily, and when he loses himself in something, he gives that one thing his all. He’s also not good at expressing his feelings. Overall, he’s similar to my real-life personality.”

The actor added, “I think Woong’s charm is his innocence. He might be frustrating to watch, but he’s straightforward when it comes to his feelings for Yumi. Please pay attention to that point in particular while watching.” 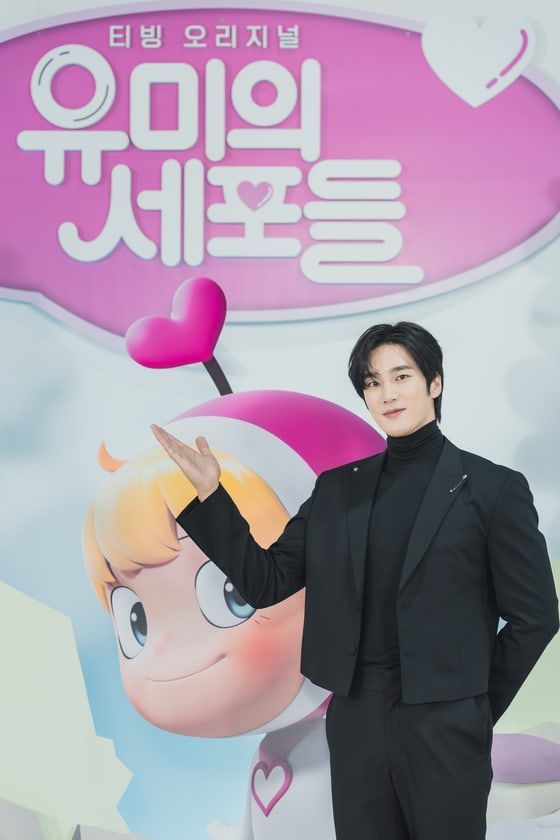 “Yumi’s Cells” premieres on September 17 at 10:50 p.m. KST and will be available with subtitles on DRAMACOOL.