SBS’s upcoming drama “Through the Darkness” has shared a sneak peek of Kim Nam Gil’s childhood!

Set in the late 1990s, “Through the Darkness” is a new drama based on the story of South Korea’s first criminal profiler. Kim Nam Gil will star as Song Ha Young, a member of the Seoul Metropolitan Police Agency’s Criminal Behavior Analysis team, while Jin Sun Kyu will star as his friend and colleague Guk Young Soo, who originally brought him onto the team. Kim So Jin will play Yoon Tae Goo, the team leader of the Mobile Investigation Unit at the Seoul Metropolitan Police Agency, whose sharp instincts have made her a legend among the police.

On January 14, the drama’s production team revealed new stills of a shocking incident that Song Ha Young experienced as a child. This scene, which will mark the opening of the first episode, is expected to pique viewers’ interest by clearly showing why Song Song Ha Young is bound to become the first profiler in Korea in the future.

In the newly released stills, little Song Ha Young is in the middle of a chaotic scene. The safety personnel look worried about what happened, and a doctor carries someone on a stretcher. Song Ha Young is tightly holding onto his mother’s hand. However, his eyes are fixed on the person on the stretcher. Usually, children’s emotions are easy to read, but Song Ha Young’s feelings can’t be easily determined. It is hard to decipher whether he is traumatized or upset. 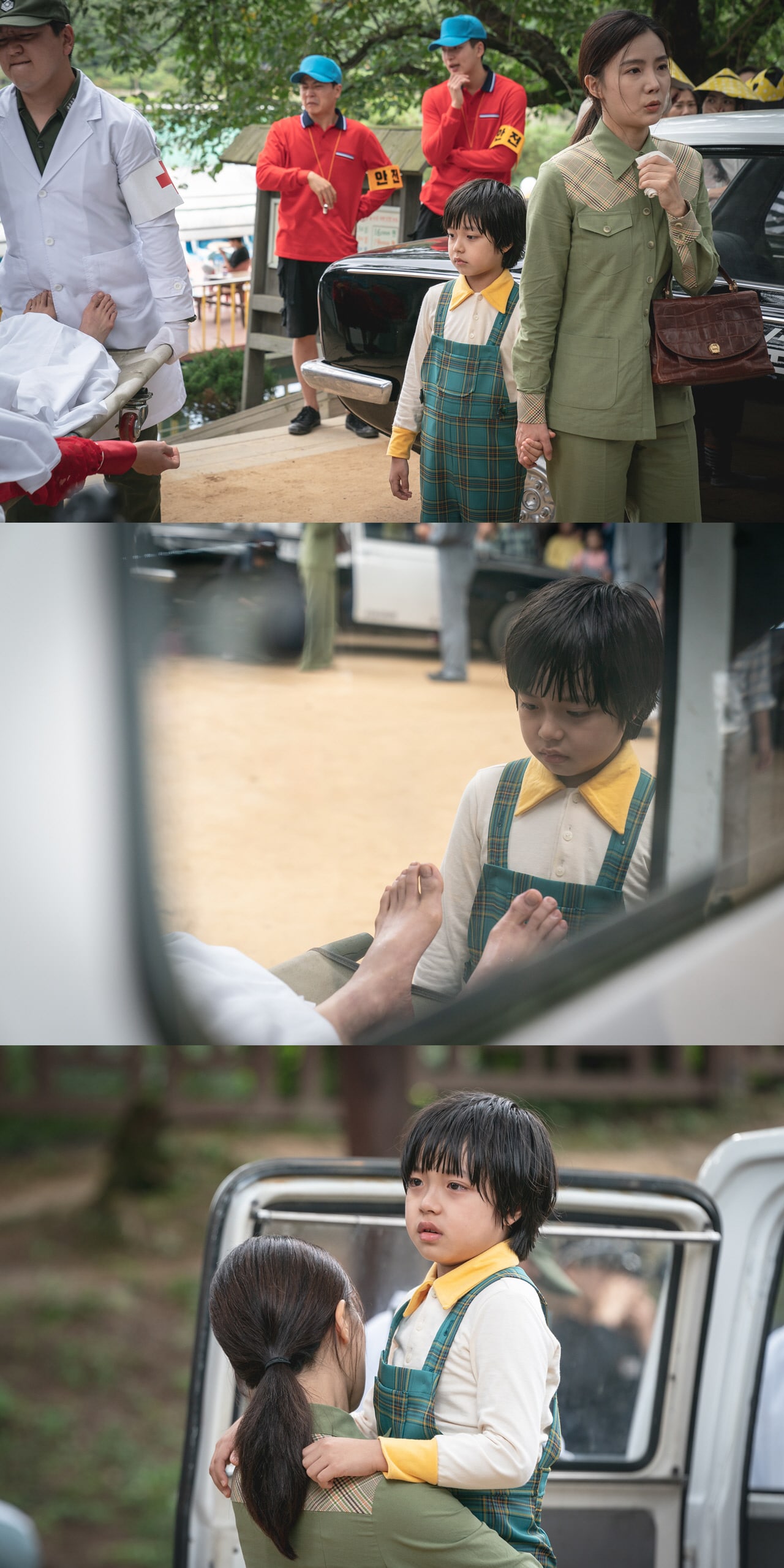 The production team explained, “The first episode that airs today will open with the childhood of main character Song Ha Young. It will be a rather shocking beginning that will clearly show why he later becomes a profiler. Please show a lot of interest in the premiere of ‘Through the Darkness’ and look forward to it as it will present a strong attraction.”