“One Ordinary Day” is an eight-episode Korean remake of the BBC show “Criminal Justice.” In the upcoming version, Kim Soo Hyun will star as Kim Hyun Soo, an ordinary college student that is designated as a suspect in a murder case overnight. Cha Seung Won will star as Shin Joong Han, a low-class lawyer with no interest in the truth. The series will be directed by Lee Myung Woo, who previously led projects such as “Punch,” “Whisper,” and “The Fiery Priest.”

In the poster, Kim Soo Hyun is sitting on the ground in his prisoner garb. Shoulders stooped, head facing down, and face full of resentment and despair, Kim Soo Hyun portrays the hopeless situation his character Kim Hyun Soo finds himself in. The angle of the image emphasizes the cold cement wall behind him that seems to extend upwards endlessly and touch the sky. 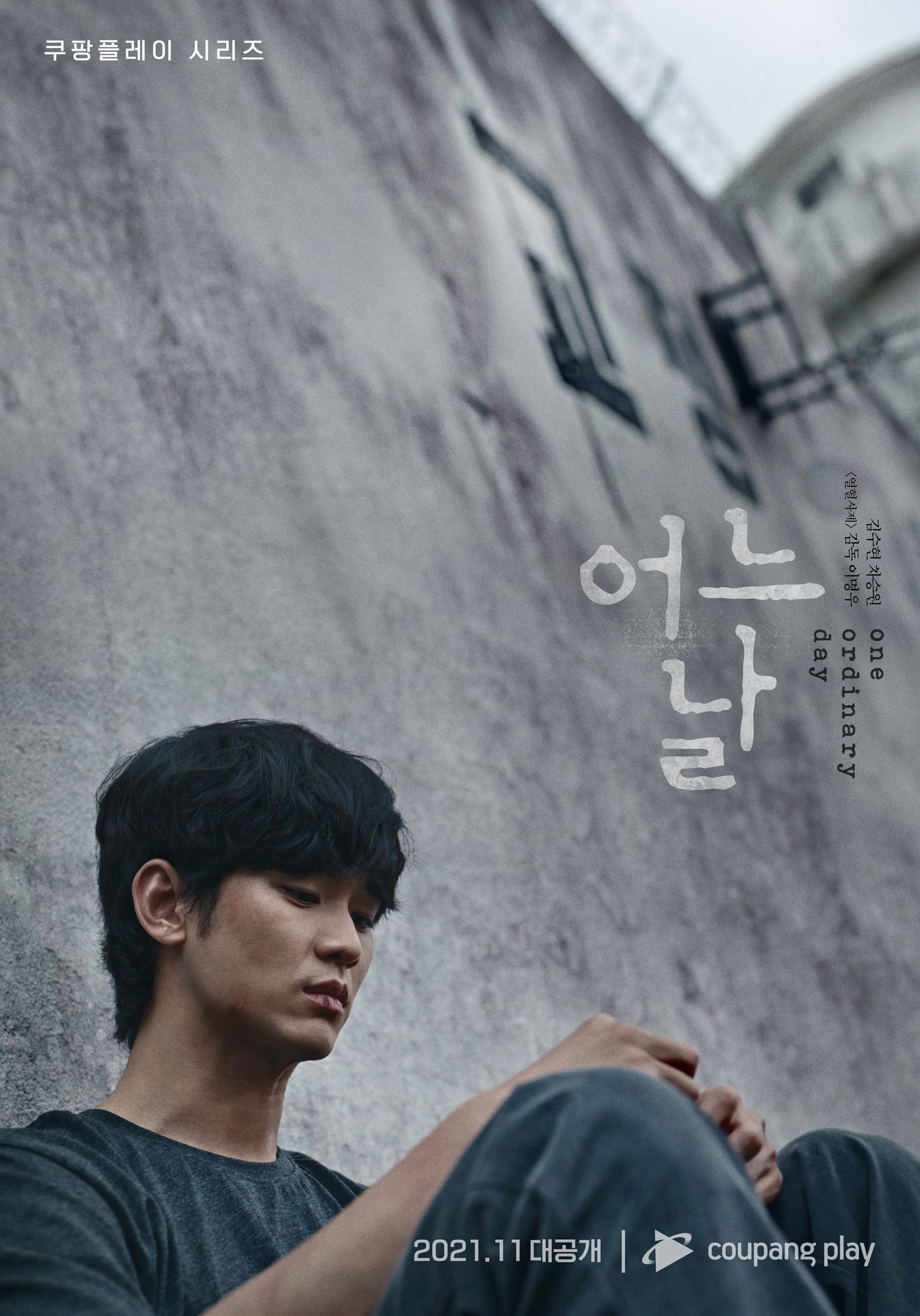 The drama’s producers commented, “Kim Soo Hyun is a fascinating and valuable actor who has both a boyish side and a masculine side at the same time. Please look forward to ‘One Ordinary Day,’ where Kim Soo Hyun’s excellent performance will shine once again.”

“One Ordinary Day” premieres in November via Coupang Play.