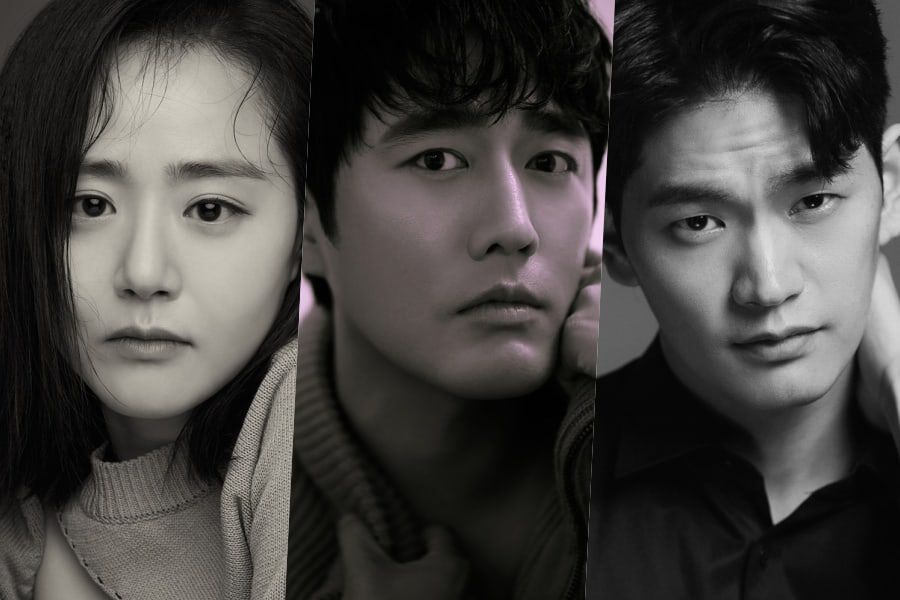 The three actors have been cast in “Memory Point” (literal translation), one of the short-form dramas that make up the KBS Drama Special 2021. “Memory Point” is about a woman who devotes herself to taking care of her alcoholic husband until she becomes an alcoholic herself. She gets lost in her pain until she meets a mysterious young man who teaches her how to move on.

Moon Geun Young has been cast as Oh Eun Soo, the tragic main character who gets exhausted from taking care of her alcoholic husband and becomes an alcoholic herself.

Jo Han Sun has been cast as Jung Seok Young, a man who recovers from seven years of alcoholism to treat his now-alcoholic wife. He is grateful to Oh Eun Soo for standing by him when he was at his worst, but soon becomes tired of her attacks on him under the influence of alcohol.

Kang Sang Joon has been cast as Hae Gak, the owner of a pension at the end of a beach. He is the mysterious young man who meets Oh Eun Soo when she is at the lowest point of her life.

The KBS Drama Special is an annual collection of short-form dramas that are one or two episodes long, and this year’s lineup is slated to kick off in October.

The KBS Drama Special is an annual collection of short-form dramas that are one or two episodes long. This year’s lineup premieres with Jun So Min and Park Sung Hoon‘s “Hee Soo” on October 22. “Memory Point” is scheduled to air sometime in December.