A THEME OF WONDER

Both Coldplay and BTS are groups that have both blazed trails of music wrapped in themes of wonder and magic. From “Fix You” and “Paradise” all the way to “Magic Shop” and “Mikrokosmos”, the two bands have forged their respective signatures of soul-stirring sound in an industry predominantly saturated with music that has lost its meaning. 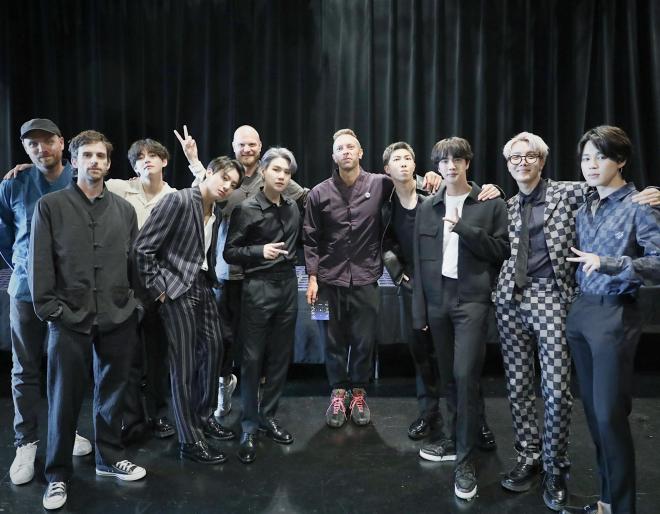 It’s been a long time coming, but BTS is singing in Korean again. Not too long ago, the South Korean singers released “Permission to Dance”, “Butter”, and “Dynamite”, which were all sang in pure English. Their style deviated from their iconic methods to magic for a moment to cater more to the Western audience, but the launch of “My Universe” could signal a highly-awaited comeback to the reason why they became the biggest boyband on the planet.

The septet crooning in their native language added Asian flair to Coldplay’s catchy chorus, making “My Universe” a cultural mashup where the English language meets the Korean language beautifully.

Moreover rendering a rhythm that lives in fans’ heads rent-free, the message of the song is striking too. The lyrics basically proclaim that no matter which side of the world we’re from, no one has the right to say that we can’t be together. Why? Well, because, you, you are my universe; and I just want to put you first.

“My Universe” is a fool-proof formula of a wholesome hit song covered in glitter, love, and happiness.