New stills have been released ahead of the next episode of “Dali and Cocky Prince”!

The romantic comedy stars Kim Min Jae as Jin Mu Hak, a man who lacks schooling and book smarts but is extremely resourceful and talented at making a living, and Park Gyu Young as Kim Dal Li, a woman who is intellectually polished and comes from an elite background but doesn’t know how to take care of herself.

In the previous episode, Dal Li held a press conference where she dismissed the rumors about herself and also promoted the exhibit, proving her abilities as an art director.

The upcoming episode will show the opening event for “Space,” the first exhibit since Dal Li became director.

The new stills show Mu Hak entering a coffin at the opening event. He does not appear very happy with the situation while Dal Li carefully handles him like a work of art and the others try to contain their laughter. 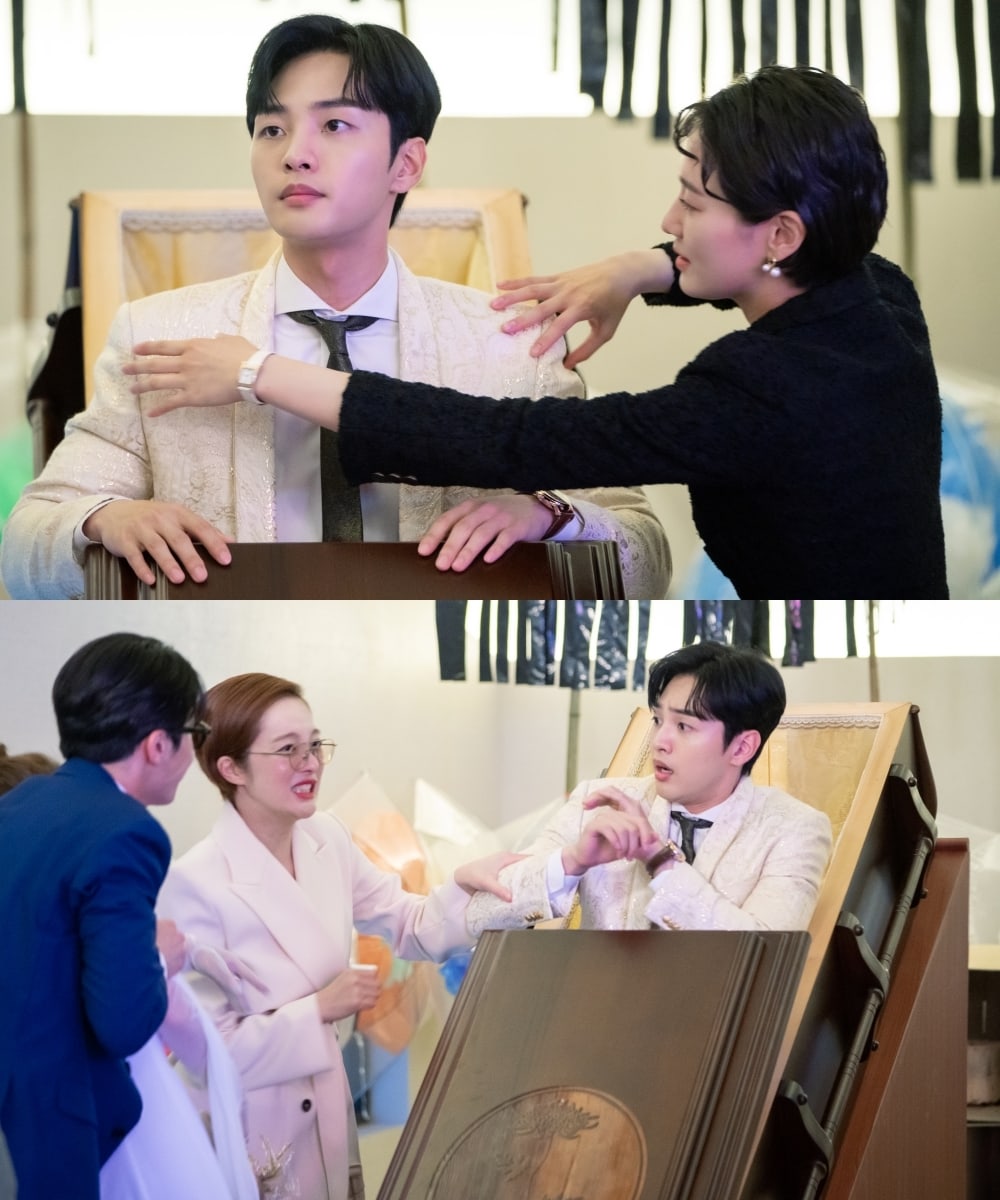 Other stills preview a completely different vibe as Dal Li and Mu Hak are alone in the empty museum later that night. Dal Li has her hands wrapped around Mu Hak’s face, drawing curiosity about the heart-fluttering situation ahead. 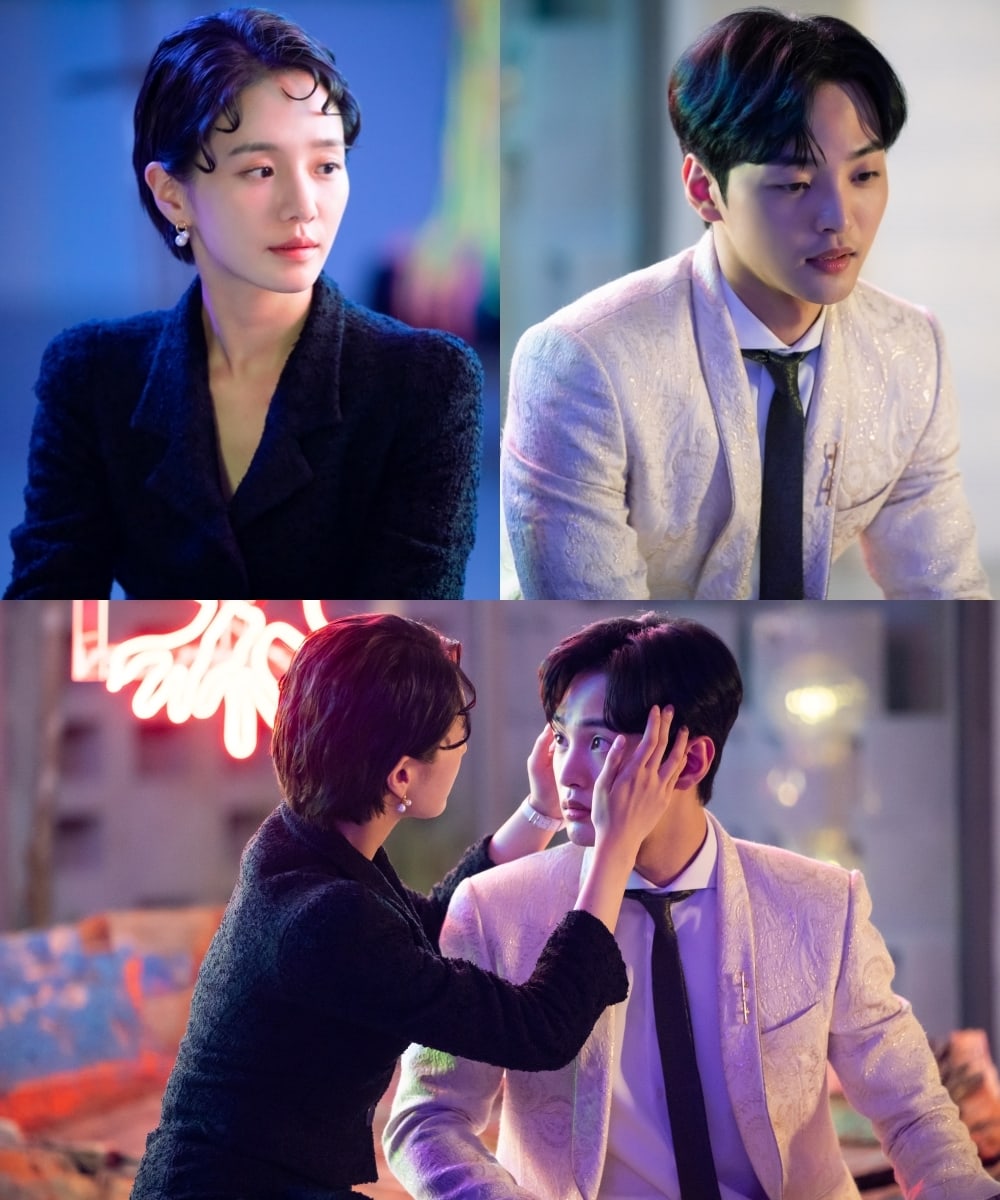