JTBC’s “Snowdrop” has shared a sneak peek of the upcoming episode!

In the previous episode, Kye Boon Ok (Kim Hye Yoon) found a walkie-talkie rolled up in tissue paper while looking for a hair clip that had fallen into the trash can. Viewers are curious how she will use it to contact the outside world.

New stills show Kye Boon Ok wearing a bright polka dot dress and a red beret to match. Her eyes flash with fury as she holds a gun up. Her outfit and weapon do not match the current hostage situation, which makes viewers wonder how she ended up in that situation. In particular, Kang Chung Ya (Yoo In Na), also known as Moran Hill 1, a high-ranking agent of North Korea, is spotted next to Kye Book Ok, raising questions about their relationship. 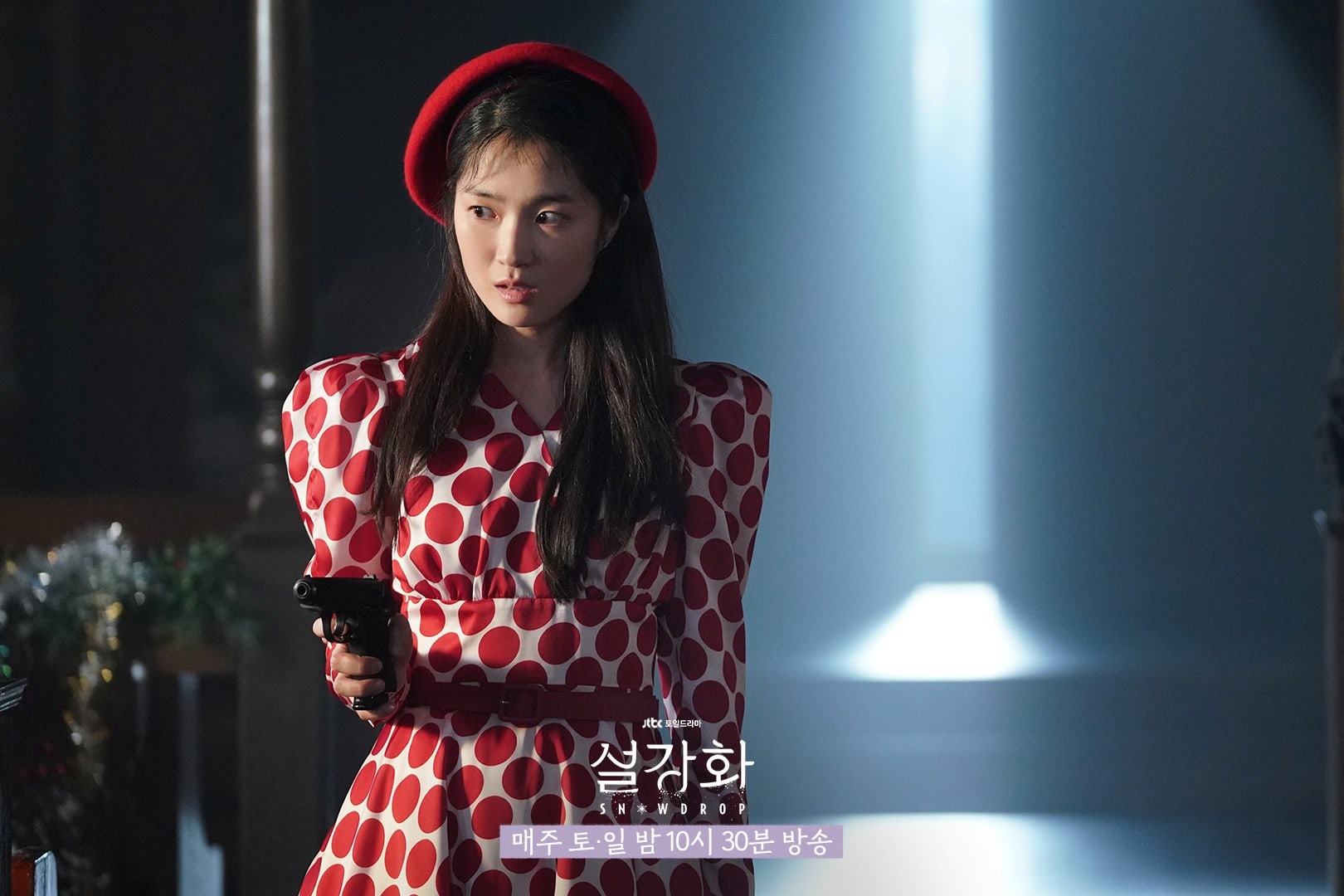 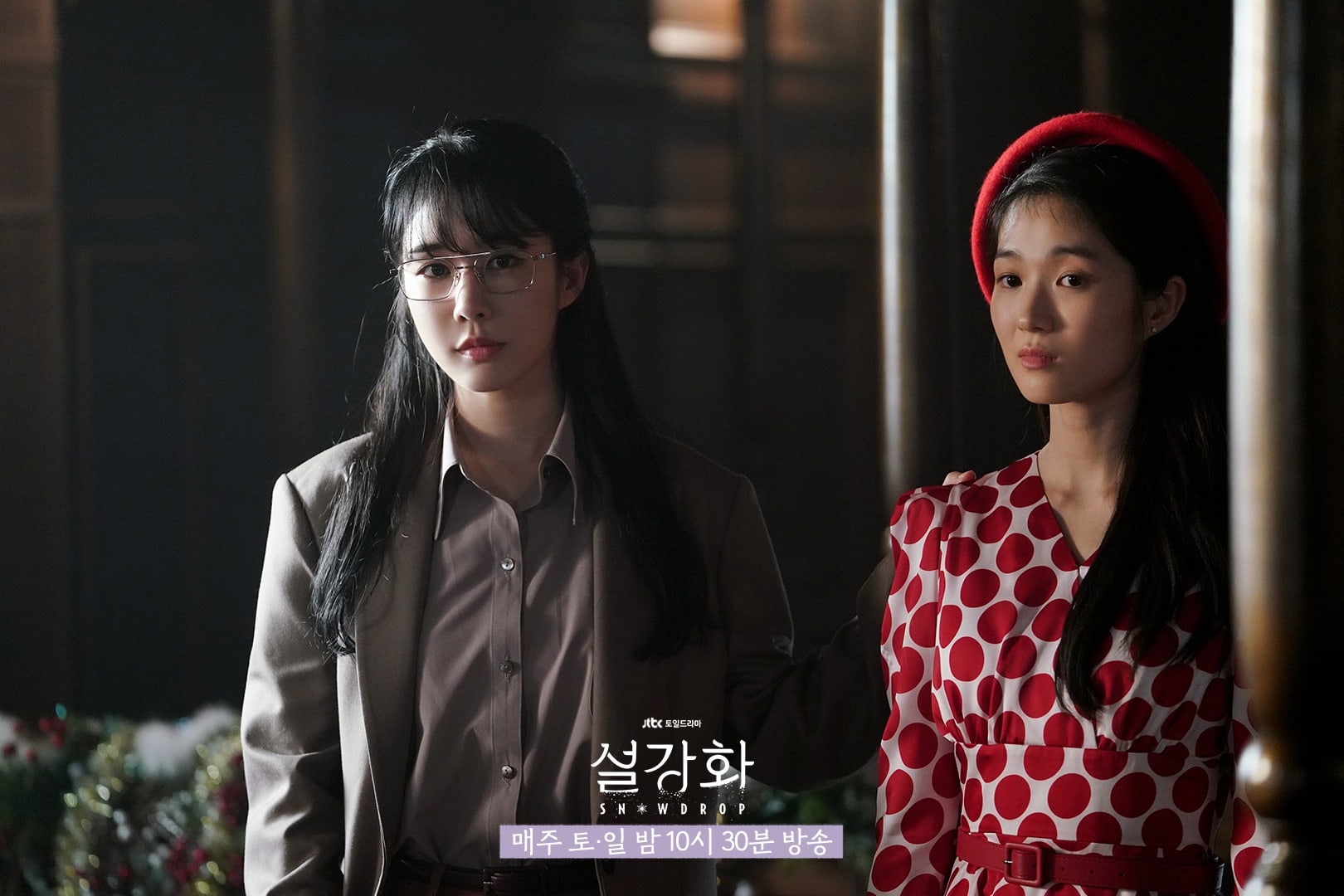 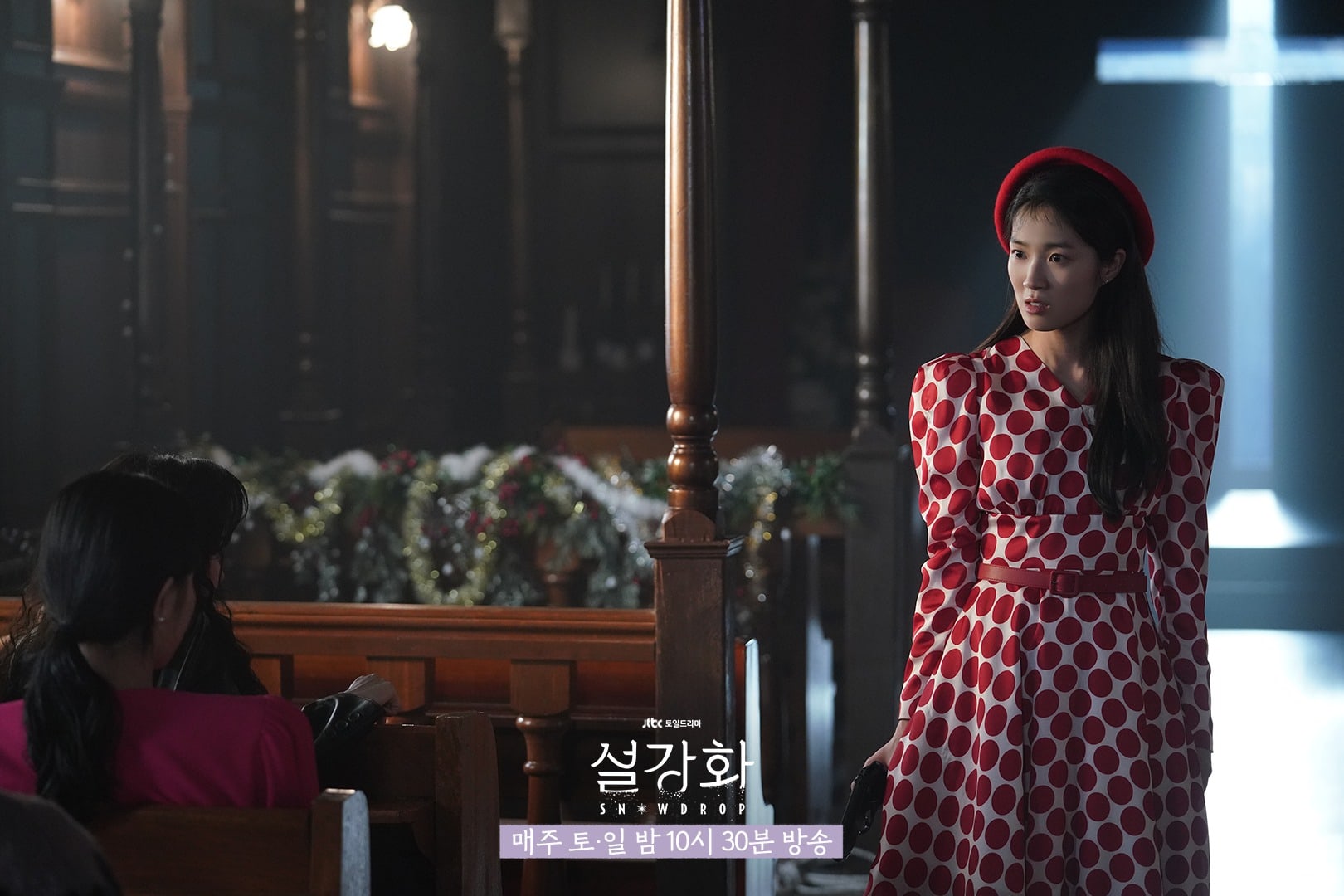 Episode 10 of “Snowdrop” will depict Jang Han Na (Jung Yoo Jin) trying to catch evidence of secrets surrounding the hostage crisis as instructed by Lee Kang Moo (Jang Seung Jo). It will also show a tense confrontation between Su Ho, who is doubting his government, and Kang Chung Ya, who doesn’t tolerate the slightest doubt.